Recent University of California at Los Angeles study as to how WTE can be major source of WTE in the U.S. 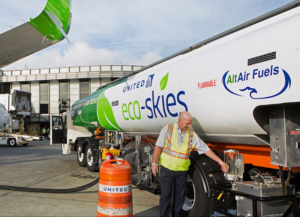 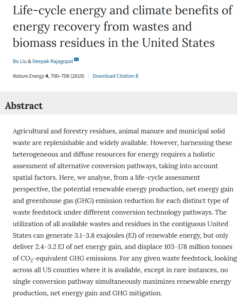 According to a new study published in Nature Energy from UCLA, the United States could produce enough energy by harnessing waste to power the states of Oregon and Washington, while reducing carbon. The study encompassed 15 energy conversion technologies and 29 waste types. In their analysis, the researchers combined existing data from the literature on waste conversion technologies with local waste availability from base-year estimates and electricity portfolios to determine relative energy gains and emissions reductions. Overall, the study found that the U.S. has the potential to generate 3.1 to 3.8 exajoules (a measure of energy) of renewable energy each year using available waste resources. By comparison, the entire states of Washington and Oregon consumed about 3.3 exajoules of energy in 2017, according to the Energy Information Agency. The study also concluded that using waste products has the potential to displace 103 to 178 million metric tons of carbon dioxide emissions — an amount equivalent to taking 37 million passenger vehicles off the road based on typical passenger vehicle emissions of 4.6 metric tons of carbon dioxide each year. The study stressed a need to generate policy and targets to produce optimal results, such as replacing landfills or moving away from fossil-based fuels and replacing them with feasible alternatives.